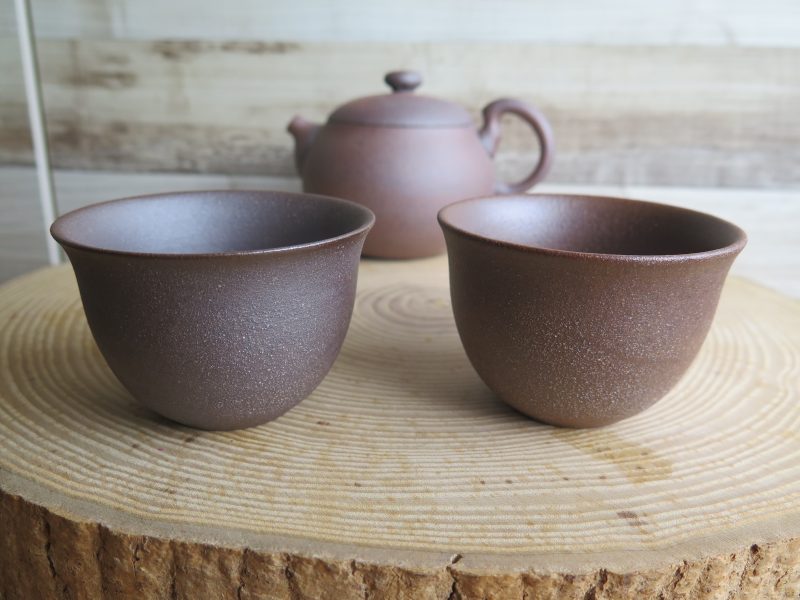 This pair of teacups are from Lin Ceramics Studio.  Made from purion clay,  these tea ware produced by Lin Ceramics had intrigued many tea drinkers throughout the world.  Chinese tea brewed or drank with purion tea ware seems to be more amplified in terms of aroma and taste. The difference is subtle but serious or hardcore Chinese tea drinkers can discern this difference.

Every order comprise of 1 pair of teacups.  One teacup (left of pix) is the traditional and popular purion model of LIn Ceramics.  The other teacup (right of pix) is a newly created triple fired teacup.  This meant that the teacup was literally fired up in a kiln 3 times.  As a result, I was told by Lin Ceramics staff in Taiwan, the purion teacup is much denser.  Tea drank from this cup will seem more smooth. The underside of the triple fired teacup has 3 fire symbols in Chinese for easy identification.

Every unit order comprises of 1 pair of teacups (1 single fired and 1 triple fired).   70ml capacity per teacup.  Both teacups are produced in 2017 and are new and unused.    Teapot in picture not included.

You can select your tea based on the country where the tea was stored and purchased.